There’s a level of creativity in every type of photography. From portraits to landscape, the best photographers are the ones who are able to see the details and take a new view of something.

We all know this shot but it’s often the hardest one to get because you never quite know when action is going to pop up. But there are a few places you can strategically place yourself to try and catch the action. The action usually takes place near the key areas of the game. So you’ll want to position yourself near the goal, hoop or home plate. Sometimes you may have to anticipate the play. For example, maybe you are shooting first base but see a play developing at home so you may need to run to get to home! The key is to keep shooting and anticipating action.

These are some of the best photos. They are that moment right after the game buzzer or right after the goal. Not only will you want to be positioned somewhere strategically near the action but you want to pay attention to the facial expressions of the players. Try to zoom in as much as possible. What is key to remember with the celebration shot is to keep shooting after the goal or the play. That’s when you’ll get these great photos.

The action is not always on the field. The sidelines can tell quite a story about a game. While you are shooting, be sure to pan toward the sidelines. It can be especially powerful to do so during moments just before the action shot. For example, if a player is about to step up to shoot a foul shot at the end of the game or a batter is getting ready to swing when their team has two outs. You can often catch the intensity or excitement on the sidelines. Sidelines also make for great celebration shots! 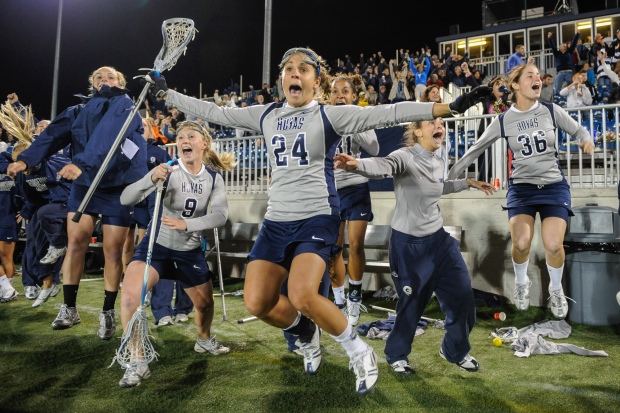 The players are not the only ones who are part of the game. The fans in the stand can make for great subjects of your photos! Your photos should capture the feeling of the game and fans can play a big part in that feeling. You can often catch great crowd photos during time outs or between innings.

These are often the graphical photos that we talk about this post. They are the details photos and you can get very creative with them! For example, the cleats of the players lined up in the dug out or the lacrosse stick laying against the team bench. These photos can serve as excellent opportunities to improve your technical skills when you aren’t trying to catch a certain moment or play. 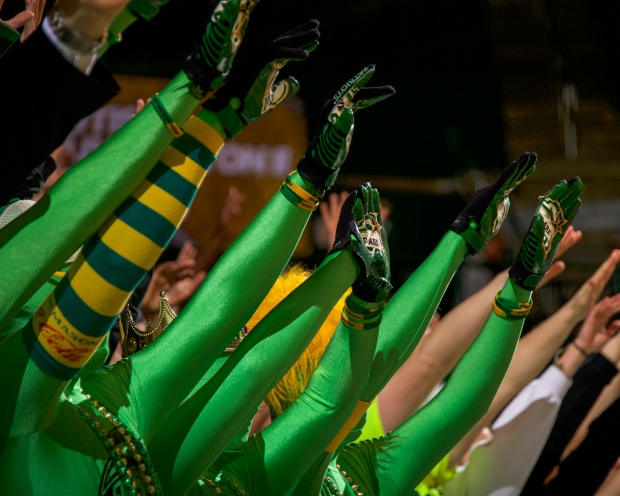 The next time you are photographing a game, try to experiment with taking at least one of these photos!